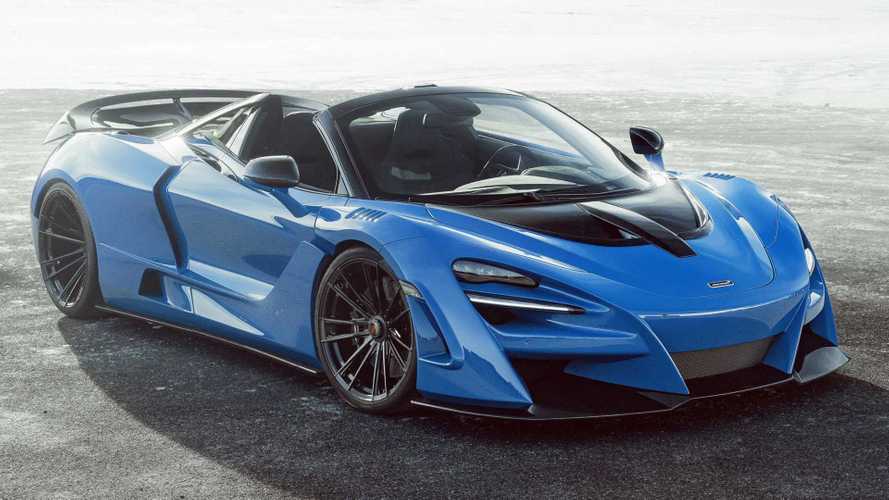 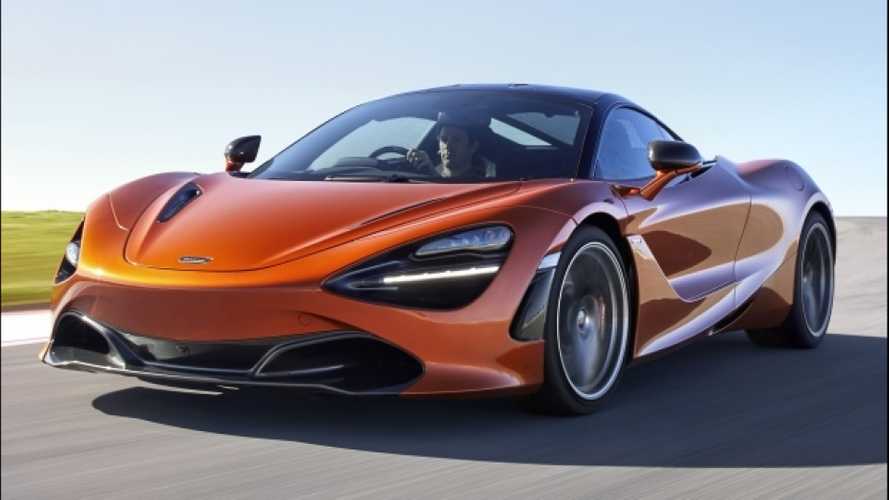 Fascinating super roadster based on the McLaren 720S Spider

N-LARGO: That is the type designation under which German high-end automotive refinement specialist NOVITEC develops spectacular widebody versions for the world's most thrilling super sports cars.

Now there is also a tailor-made N-LARGO variant for the McLaren 720S Spider limited to just 15 units worldwide.

The spectacular widebody version is manufactured from carbon and not only impresses with its design perfected in the wind tunnel: Forged carbon elements give the open-top two-seater a particularly custom appearance besides. The company developed tailor-made hi-tech forged rims specifically for the enlarged wheel arches in cooperation with American wheel manufacturer Vossen. The staggered combination of 20- and 21-inch wheels on front and rear axle puts even more emphasis on the wedge shape of the sports car.

However, the NOVITEC N-LARGO is one of the most thrilling super cars not alone due to its unusual design: There is also an optional high-performance product range for the twin-turbo 4.0-liter V8: In the most powerful variant, the driver has command of a peak output of 592 kW / 806 hp, while peak torque climbs to 878 Nm.

NOVITEC high-performance exhaust systems in various versions including an extremely light INCONEL exhaust system give the vehicle a thrilling exhaust note and are a key factor in the optimized power delivery.

Further NOVITEC options include a ride-height lowering with specially tuned sports springs and the customization of the cockpit in a virtually endless variety of colors.

NOVITEC once again cooperated with German designer Vittorio Strosek in the development of the bodywork conversion kit, which thanks to the use of carbon is particularly light. The finished vehicle fascinates with its sophisticated design, which was optimized in the wind tunnel. What is more: A width increased by six centimeters at the front and by thirteen centimeters at the rear axle gives the sports car an even more spectacular look from any angle.

The front fenders and the rear side components of the widebody version were designed to replace the production components in their entirety. The larger wheel arches provide space for the MC2 forged rims with centerlock look manufactured specifically for the NOVITEC N-LARGO by wheels partner Vossen. Thanks to the use of state-of-the-art manufacturing technology, these wheels offer an outstanding combination of lightweight construction and strength. They come in a host of different color variants and in addition are optionally available with a brushed or polished surface.

The N-LARGO widebody version allows the size 12Jx21 wheels on the rear axle to sport an extremely concave wheel center with seven delicately shaped twin spokes. They carry Pirelli P ZERO high-performance tires of size 325/25 ZR 21. The nine-inch MC2 forged rims on the front axle are one inch smaller and likewise feature a concave wheel center. They put even more emphasis on the wedge shape of the two-seater. The front axle runs on tires of size 245/30 ZR 20.

In concert with the special rocker panels, the wider N-LARGO fenders at the front and rear axle give the two-seater a thrilling hourglass shape. The N-LARGO side components create a perfect transition between the wider fenders and route the airflow to the rear brake discs and calipers through their integrated air intakes. The NOVITEC air intakes aft of the doors supply the engine bay with breathing and cooling air.

However, the conversion of the bodywork not only focused on an extravagant appearance, but also on the optimization of the driving dynamics by means of efficient modifications to the aerodynamics. A comprehensive design package makes the face of the English sports car even more striking: The NOVITEC N-LARGO front fascia replaces the production bumper in its entirety and at its sides perfectly joins the wider fenders of the widebody version.

NOVITEC developed an extremely prominent front blade to match the new front, which further improves the handling stability at high speeds. The use of forged carbon enabled NOVITEC to achieve a highly exceptional look, which continues in all naked-carbon elements of the widebody version.

This includes, among other things, the redesigned trunk lid with forged carbon insert at the front, the covers for the side mirrors, the lower strips on the rocker panels, the N-LARGO rear wing attachment for the stock retractable spoiler, and the air intakes in the rear end.

Special add-on components on the left and right adapt the wider fenders of the widebody version to the rear bumper. In addition, NOVITEC also offers a forged carbon variant of the diffuser.

Sport springs, which lower the ride height of the open-top 720S by about 35 millimeters, highlight the thrilling looks of the NOVITEC N-LARGO even more.

The special appeal of the refined mid-engine sports car lies not only in its unique appearance, but also in its superior performance: The McLaren twin-turbo four-liter eight-cylinder engine offers an excellent starting point for professional tuning the NOVITEC way. The product range for the 720S Spider comprises three different output levels, which all build on the plug-and-play NOVITEC N-TRONIC auxiliary control unit. This module is adapted to the electronic engine controls of the vehicle and supplies the engine with performance-optimized mapping for injection and ignition, while moderately increasing the electronic boost pressure limit.

The most powerful performance level additionally comprises a NOVITEC RACE high-performance exhaust system, which lets the engine breathe out more freely and further optimizes the power delivery. The modifications unleash an additional 63 kW / 86 hp of peak power and increase peak torque by 108 Nm. As a result, the twin-turbo produces a powerful 592 kW / 806 hp at a low 6,700 rpm. Peak torque jumps to 878 Nm.

Power and lightweight construction are what endow the NOVITEC N-Largo roadster with unrivaled performance on the road: 2.7 seconds is all it takes to accelerate the two-seater to a speed of 100 km/h. The 200-km/h mark is reached 7.5 seconds after take-off on the way to a top speed of 346 km/h.

In daily driving, the NOVITEC tuning fascinates not only with the further improved road performance, but also with an even more rapid throttle response and even more powerful in-gear acceleration.

Installing a NOVITEC high-performance exhaust system is excellent advice for the owners of any 720S Spider, with or without engine tuning. It reduces exhaust backpressure and thus optimizes power delivery. In addition, it also produces a more powerful exhaust note.

The exhaust system features two polished stainless or matte black tailpipes with a diameter of 95 millimeters. In the interest of lowering the temperature in the engine bay, the system is fully insulated. The sport exhaust is made from stainless steel or optionally from the even lighter INCONEL used in Formula 1 racing. In addition, the NOVITEC range for the McLaren 720S Spider comprises lighter and even more efficient sports catalysts.

NOVITEC also offers individual exclusivity for the N-LARGO interior. To this end, the company uses leather and Alcantara in any desired color, all finished with greatest love of detail.