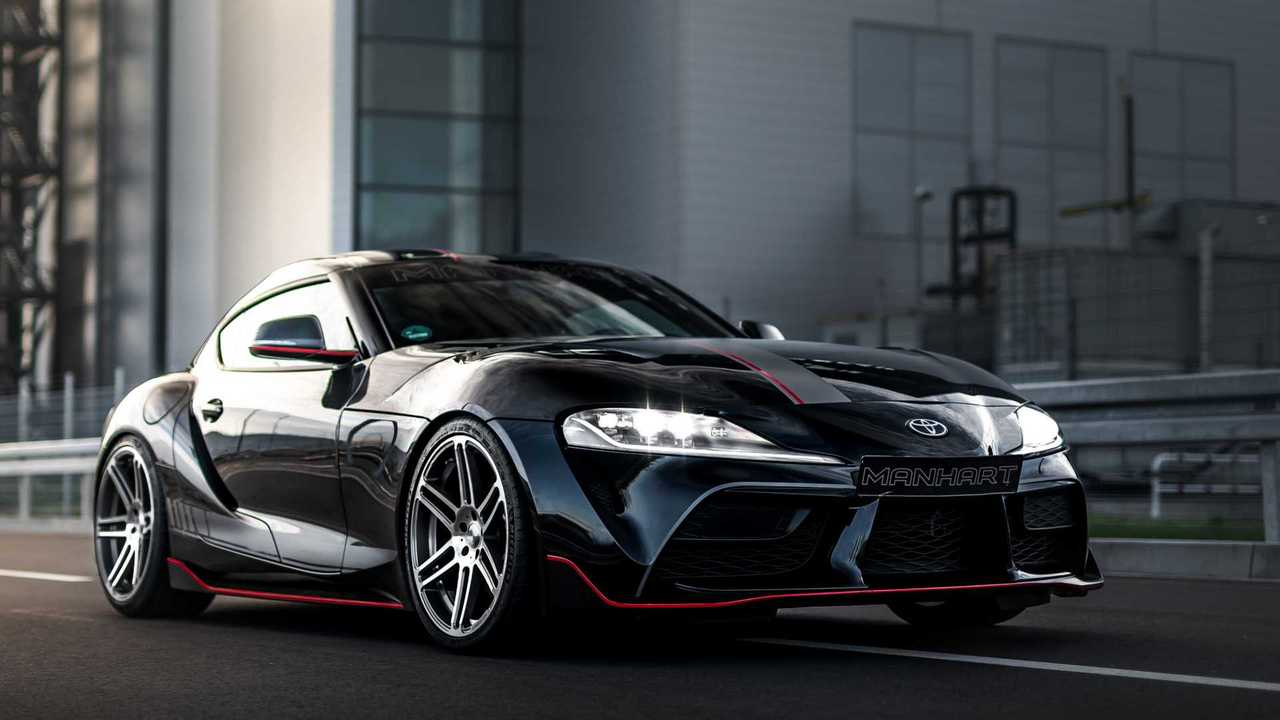 Performance, the team from Wuppertal initially positioned itself primarily the last few years as a tuning specialist for BMW models. The Z4 Roadster is one of the most dynamic and most popular Munich models among sports car drivers with pure petrol in their blood. MANHART offers an extensive program for the open-top cruiser. Looking at the current generation, the Z4 is known for having an Asian twin from Toyota, called the GR Supra, with which the Z4 shares a large part of its technology.

It is therefore obvious that MANHART took on the job of upgrading this Japanese sports coupé: The impressive result is the GR 450. While the production model of the Toyota with the legendary name is by no means weak on the chest thanks to 340 hp and 500 Nm, the MANHART GR 450 is again significantly more powerful: Thanks to the MHtronik Powerbox or an ECU remap and a stainless steel rear silencer with valve control, the three-liter B58 in-line six-cylinder with twin-scroll turbocharging now provides a remarkable 450 hp and 650 Nm. The exhaust tailpipe trims are available either in black or carbon fiber. In addition, there is also a MANHART downpipe, optionally with a 300-cell catalytic converter or for export and motorsport use without. catalytic converter, as well as a replacement pipe for the gasoline particle filter or OPF.

In addition to optimizing the engine, adapting the suspension also supports the even more dynamic driving characteristic of the Supra. The GR 450 has lowering springs by H&R or a KW Variant 3-coilover suspension with special, in-house tuning, which of course also ensures lowering the center of gravity.

Of course this is not the only visual refinement. There is also the typical MANHART decorative vinyl set, which gives the Supra a motorsport touch with various decorative stripes and accent lines in red. In addition, the large Toyota sports coupé runs on MANHART Concave One alloy wheels. The double-spoke wheels have a sporty, elegant finish in “diamond polished” and the dimensions 9x20 inches at the front and 10.5x20 inches at the rear. Alternatively, the Concave One rim is also available in glossy black or matt black. The tires fitted on the rims measure 265/30 ZR20 and 285/30 ZR20.

The long-awaited MANHART Emulator Control Module is also here. There are two variants available for the GR450: Delete-R and Valve Control for your exhaust. The ECM Deleter is the answer to a growing demand from customers who are looking for a suitable and simple solution that deals with catalyst removal or de-cat. The ECM flap control deactivates automatic start / stop and automatic sound design (ASD / fake exhaust sound in the interior) and allows exhaust valve control via the buttons on the multifunction steering wheel of the Toyota vehicle.